TCMS Students Learn About the Olympics with Help from Lillis Brothers 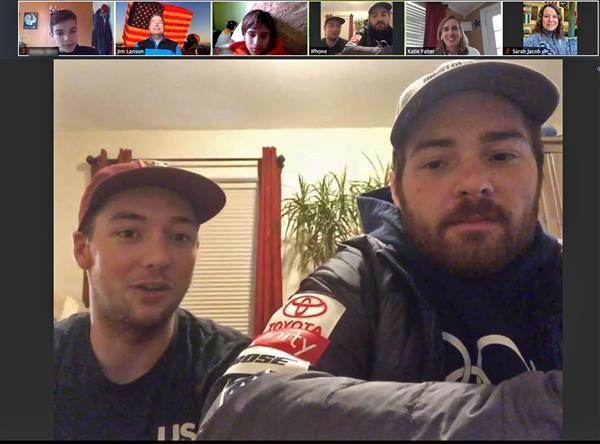 Twelve Corners Middle School sixth graders have been learning about ancient Greece and the origins of the Olympics in Katie Falter’s social studies class.

The students had the opportunity to learn from aerial skiers Jon and Chris Lillis, who joined the class via Zoom to talk about the Olympics and answer students’ questions on April 24. Special education teacher Jim Lanson knows the Lillis family and helped arrange for them to talk with the students.

The brothers have persevered through a lot of adversity to become world champions.

You can add a copyright statement or legal disclaimer in this area if necessary.
Copyright © 2002-2020 Blackboard, Inc. All rights reserved.